Wow, what a week! Last week, I hopped on a plane to Las Vegas, Nevada for the 2013 International Consumer Electronics Show. More than 3,250 exhibitors unveiled some 20,000 in 1.92 million net square feet of exhibit space and I covered as much as time and physical ability would allow in the three days I was there. In this post, I’ll do my best to summarize what I found at CES with the help of some photos and video below. Additionally, you’ll have an opportunity to voice your opinion about what products you want to see reviewed or have a chance to win here.

It’s no shock to find the latest televisions on display at CES, but there’s been a shift back to the promotion of bigger TVs, while still giving attention to the 3D market. This year also brought an array of 4K Ultra HD TVs brandishing incredible clarity. With several 100 inch units, big was in this year for sure. If picture quality trumps size when you TV shop, the 4K displays will leave you with a little drool in the corner of your mouth. And let’s not forget 3D and smart TVs. I saw a lot of 3D sets (especially from a new name to me, HiSense) and a wide offering of even smarter TVs, many complete with a full muti-touch interface. 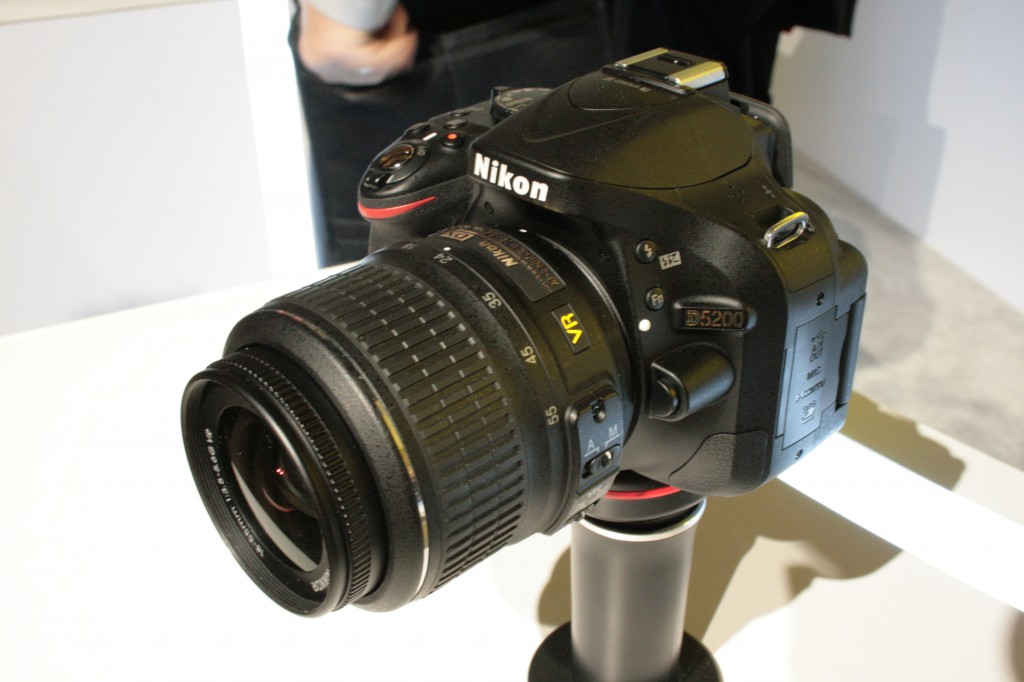 The first thing I saw upon entering CES was Samsung’s live demonstration of their new point and shoot cameras. With large touch screens and a responsive interface, I quickly wanted one of my own. Nikon and Canon once again asserted their positions at the top of the DSLR pack. Nikon showed me a teeny tiny wireless adapter that lets you connect your camera to your network and control it with your phone. Fujitsu, Pentax, and others entered the fray with powerful lenses and more cameras than you could imagine testing in just a couple days. GoPro also shared the spotlight with some competition in the world of HD sports and adrenaline junkie video solutions. The Astak ActionPro 3 strongly resembled the GoPro in many ways and companies like Optrix offered cases iPhone cases that mount your iPhone to your helmet/bike/car while protecting it. 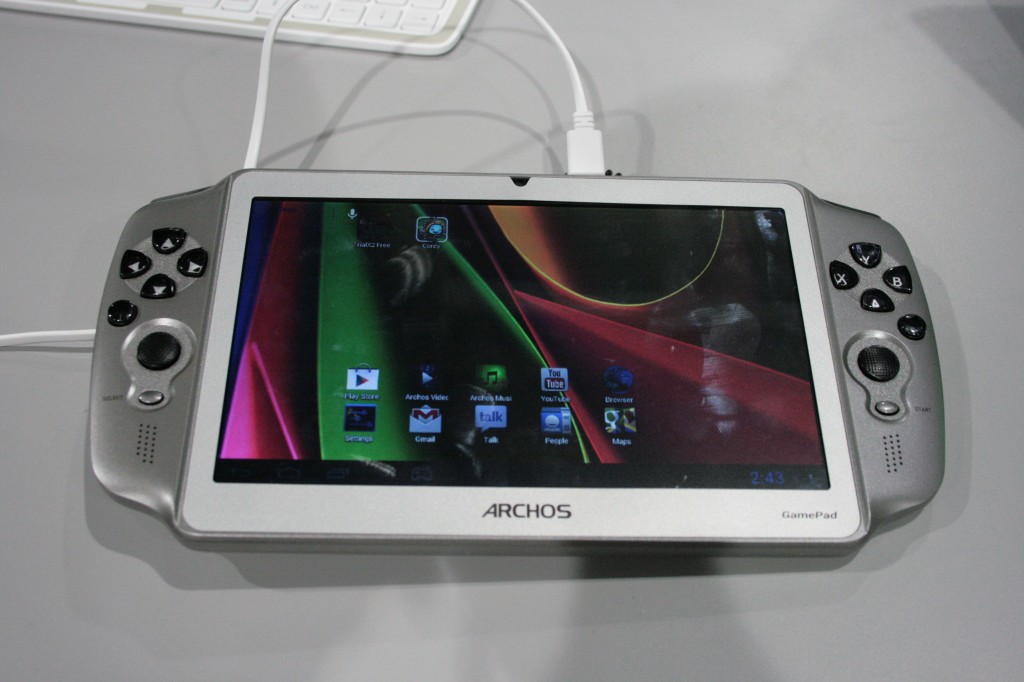 When the iPad came out, the previous success of the iPhone had every company from here to Hong Kong scrambling to challenge it with their own tablet. Like the iPhone, the iPad remained without a credible challenger for some time. In 2013, however, some tablets have fallen into the shadows as others have risen to meet the demands of eager Android users. A few from HiSense and Samsung stood out, but there were also companies that handed me three or four tablets that crashed or under performed. Breaking away from the traditional tablet market a bit was the Archos Gamepad which is a tablet built with gamers in mind, complete with built-in game pads.

Samsung and Toshiba also represented with slim notebooks while Asus won awards for killer cases. Lenovo was also on hand with their new PCs, which I was excited about since we have a new Yoga in the house and love it.

If you watch the futuristic TV show, Eureka, like I do, you’ll be as excited as I am for the upcoming technology integration into home appliances that promises to bring us the smart home of our dreams. It still seems far beyond where it should be, but Whirlpool offered up a pretty cool showing of everything from a fridge that can stream your Pandora stations to the smart kitchen table seen at the end of the above video. The table can heat and cool your food and drinks with the help of interactive dinnerware and smart sensing technology.

Wanna drive a Ferrari? So do I, but you can get a little closer with licensed Ferrari themed audio appliances and headphones from Logic3. The yellow Ferrari in their booth drew me in, but it was the audio components I hadn’t seen before. Logic3 was certainly not alone as high-end audio was a big part of CES. Spider International, Zipbuds and Eskuche also stood out among a large number of companies with headphones and ear buds to show off. 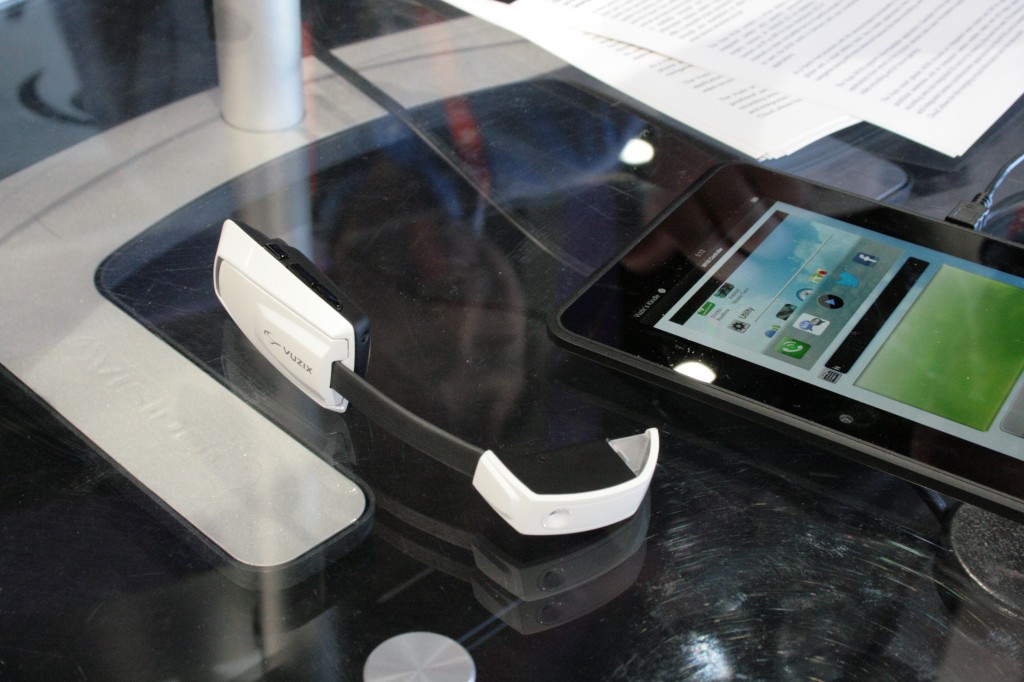 CES has so many of my favorite things, including cases, accessories, robots, and toys. I saw flying helicopters (with and without video cameras), battle robots, Parrot AR.Drones, tons of iPhone and iPad cases and scores of portable speakers for use with your phone or tablet. One of the things that caught my eye was the Vuzix M100, which looks to give Google Glasses a run for the money.

If there’s one feeling you leave an event like this with, it’s the urge to sell all your technology and replace it with all the shiny toys and gadgets you’ve just walked away from. Although I didn’t see nearly all the stuff I wanted to, I talked to a lot of companies, so watch for loads of new reviews and subscribe if you haven’t yet. I also took a lot more photos, which can be seen on Facebook, including the booth babes in body paint that have been a topic of some controversy this year. While checking out the photos, Like or Share ones you like as a vote for me to talk to the product’s company about a review and the possibility of a giveaway.

I want to hear from you, too. What would you like to find out more about? Were you at CES this year? What did I miss that you want to share? Comment below.